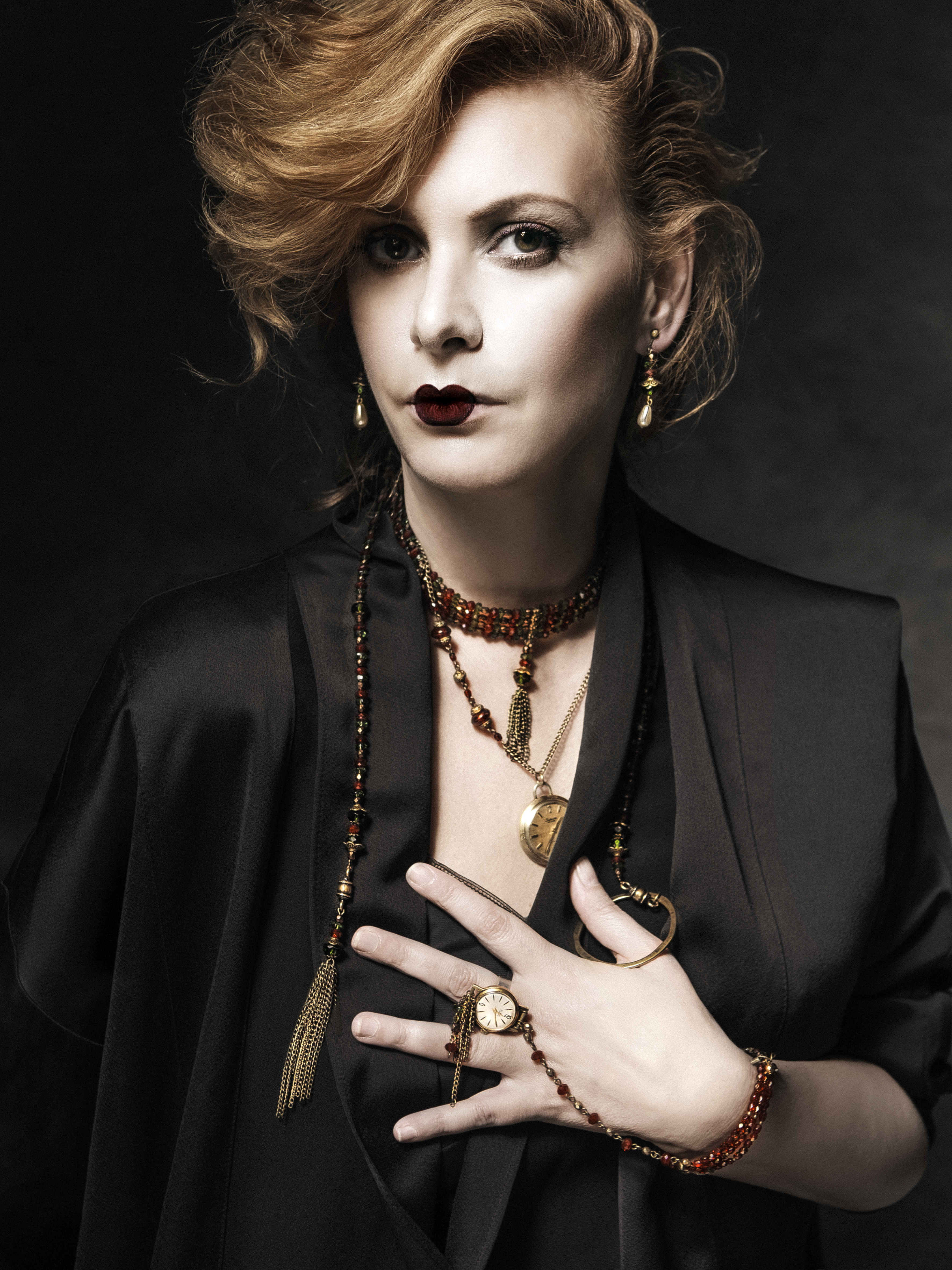 – We want to emphasize the power and the role of jewelry in each styling. Clothes and fashion are inseparable friends and fashion knows that. Every new piece, created with passion is a challenge for both our customers and ourselves. How much they dare and to what extent they want to be different.  Especially interesting in our campaigns are the dancers and the actors who, through their movement and character, pass our message inspired by the jewelry. Diversity makes us special, so for our new campaign we’ve met the actress in different roles through the photographer’s lens. Her transformations are the wealth of the acting profession, and costumes and jewelry are part of her dreams – people at Grubić design say.
With the new campaign, Grubić design marks its 30th anniversary in jewelery design. Numerous collections follow a timeless concept from street fashion to extravagance.
– We’re not slaves of the whimsy fashion trends, we want to make jewelry available to the wider population, and with design and cost to allow to younger generations to experiment in building their own style. Let’s celebrate distinctiveness – to be different! – said Mladen Grubić.
And in the new campaign the model is one of the best Croatian actresses Nina Violić.
– First, I adore their jewelery, I love that variety and metaphoricity. It gives me the the ability to immerse myself in a completely new role every time, and this brings me much pleasure. Especially since the photo shoot was done by Mare Milin with whom I enjoy working for more than 20 years. Shooting with her shouldn’t be missed for the world; it’s like in an amusement park – said Nina Violić.
– I think this series of photos is a great showcase of the diversity of our vision and products which a large number of our permanent clients likes to highlight. The roles and emotions that Nina Violić is capable of exchanging with such ease and speed is unseen, and Mare is so matched stylistically with our design that I sincerely hope that her signature will be on all of our future campaigns. I’m extremely proud of this campaign, the whole team working on it, and all of this motivates me enormously for future projects – said Petar Grubić.
– Today when I submit these visuals, I know there is six of them. And there should have been another number. But nothing happens by accident. I wanted Nina Violić to be an actress on these photographs, but also to be perceived as a person through the duality of the tragedy-comedy theatrical principle. This is inevitable with her. She is privately one of strongest personalities on the Croatian acting scene. Sometimes one can be frighten of her personality (I laugh because I know her for 20 years). Jewelry, Grubić Design, their vision, visions arranged on the table, and then those powerful pieces on a strong person. The jewelry has a strong personality. Peter and Mladen also have it. Me too. Panic. What should I do so it doesn’t look like a circus? Or should you host the Kolorado circus? And what now … shield yourself with a costume, a role, a mask. The scenes feature daydreaming in the middle of a formal dinner, decorated with unusual tie, going crazy alone in my boudoir as a version of Miss Havisham, with clear symbols of passing time on myself, acting in front of the too strong reflector of ancient Hollywood, watching you at gunpoint with the cold expression on my face, I flirt over the table protected by huge pieces of expanded glass, waiting for everything to end, somewhere in the warm darkness … Six improvised situations. And then I’m here, looking for a conclusion, because without one I can’t calm down, somehow come to Pirandello, and it all fits. Six characters in search of an author. Wikipedia says: “Reality in the act becomes an illusion, and the illusion becomes a reality. Ordinary people become actors, and actors become ordinary people.” Everything makes sense, and Nina squints where she may look most to herself. I open with this very photo. Everyone who participated in this shooting thanks for the inspiration, which always happens on the shooting and after it, but not before the shooting; I thank the necessary symbiotic contribution that created this omnibus. As far as I’m concerned, I would call this group of visuals: Nina’s Omnibus. Voila! – Mare Milin said.

We use cookies to ensure that we give you the best experience on our website. If you continue to use this site we will assume that you are happy with it.OK